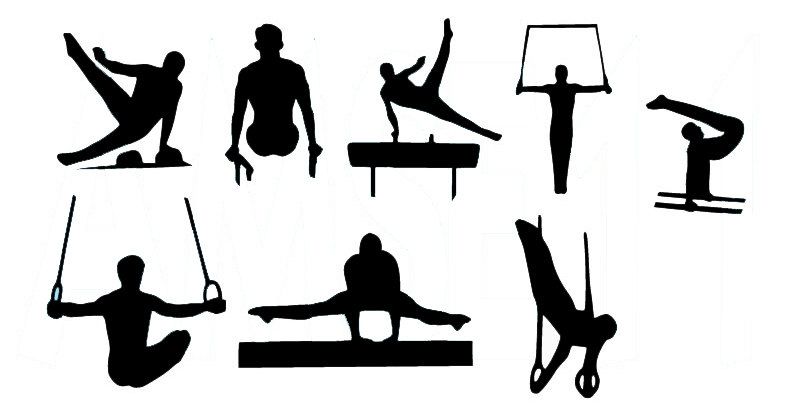 "Gymnastics has existed for more than 2,000 years, but its development as a competitive sport began just little more than 100 years ago. During the 1800s, mass and individual exhibitions were conducted by various athletic and school clubs, as well as ethnic organizations, like the Turnvereins and Sokols."
-USA Gymnastics

Below are the six events in men's gymnastics in Olympic order: 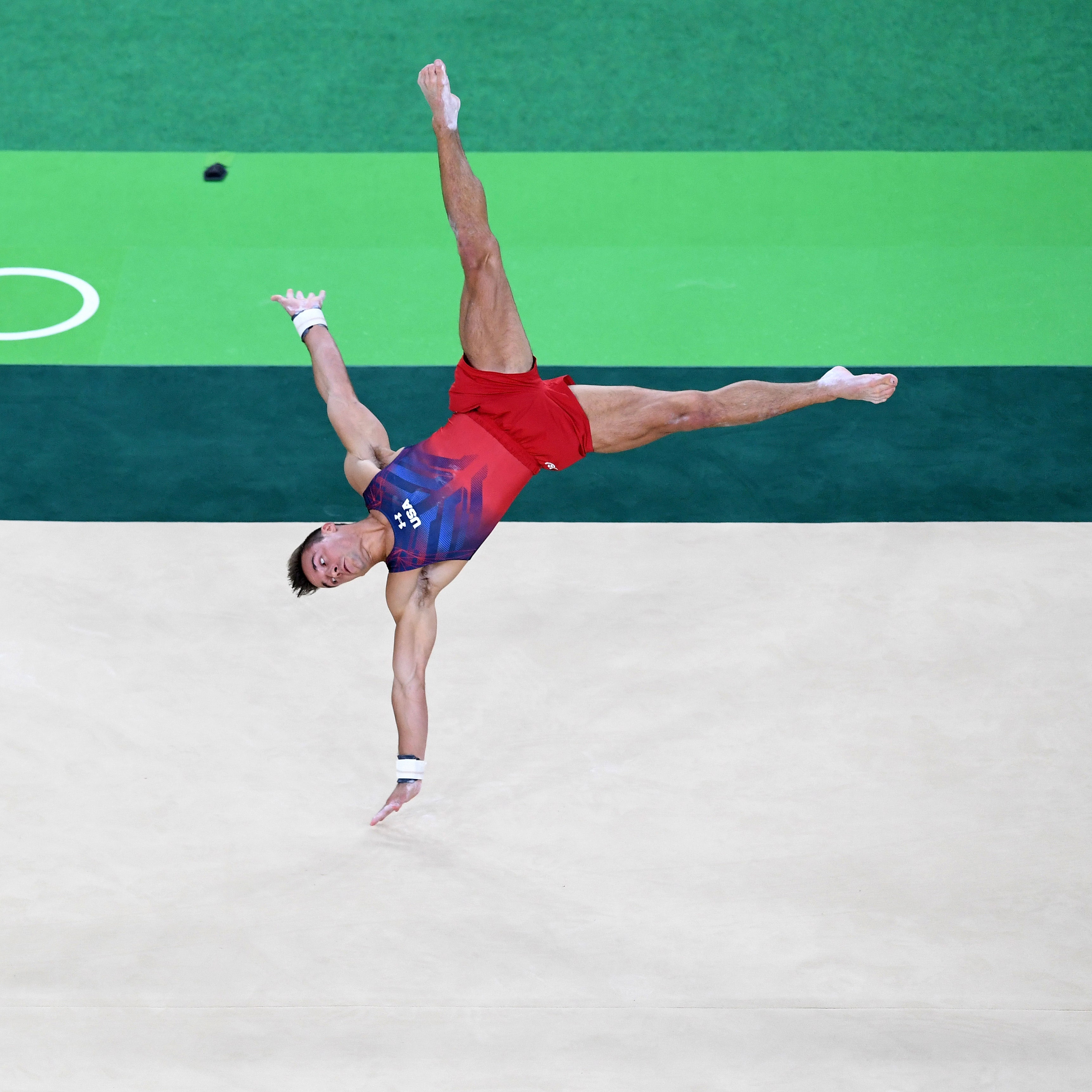 Floor Exercise started as a "free exercise" for men's gymnastics, and eventually transformed into the floor that we know today. Most floors have springs, plywood, and foam to make the floor bouncy, and as a result, gymnasts can rebound higher and land softer. Men's gymnastics routines, unlike women's gymnstics, are not to the beat of a song in the background. Instead, they just focus on the gymnasts' skills and execution. 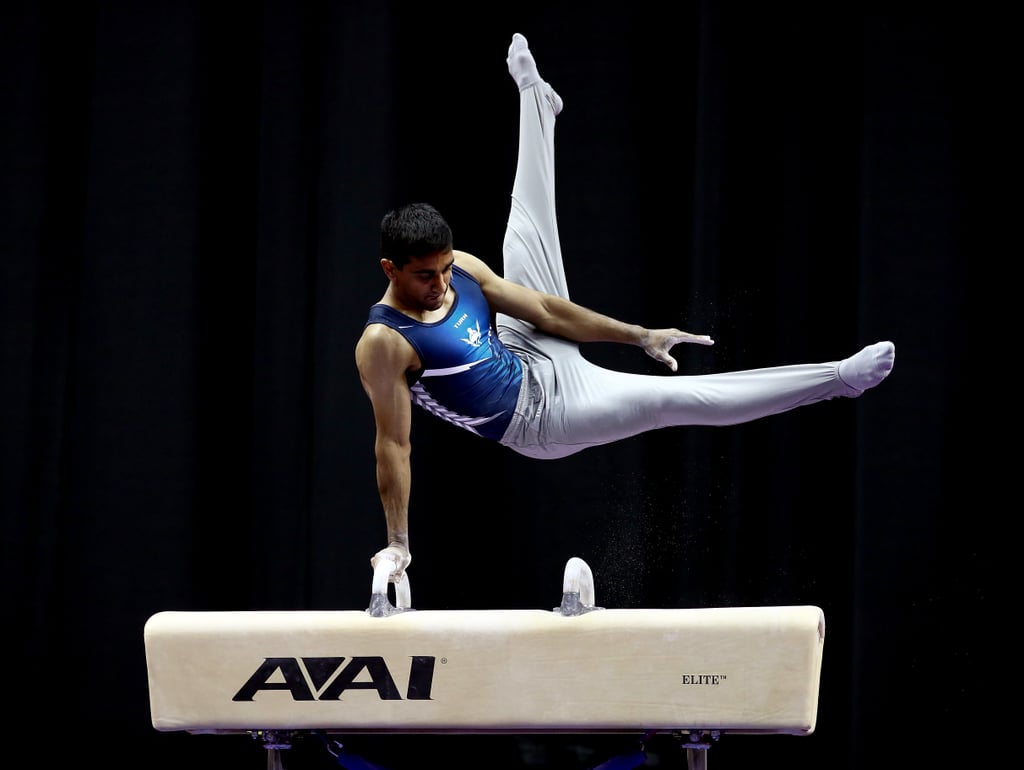 Pommel Horse is widely considered to be the toughest event in men's gymastics due to the fact that mastering the basics takes a great deal of training. The event is unique in the way that it does not give gymnasts time to pause inbetween skills, as the whole routine is in perpetual, circular, horizontal motion. Mastering skills on the pommel can take twice the time as skills on other events due to the nature of the unique movement of a pommel routine. 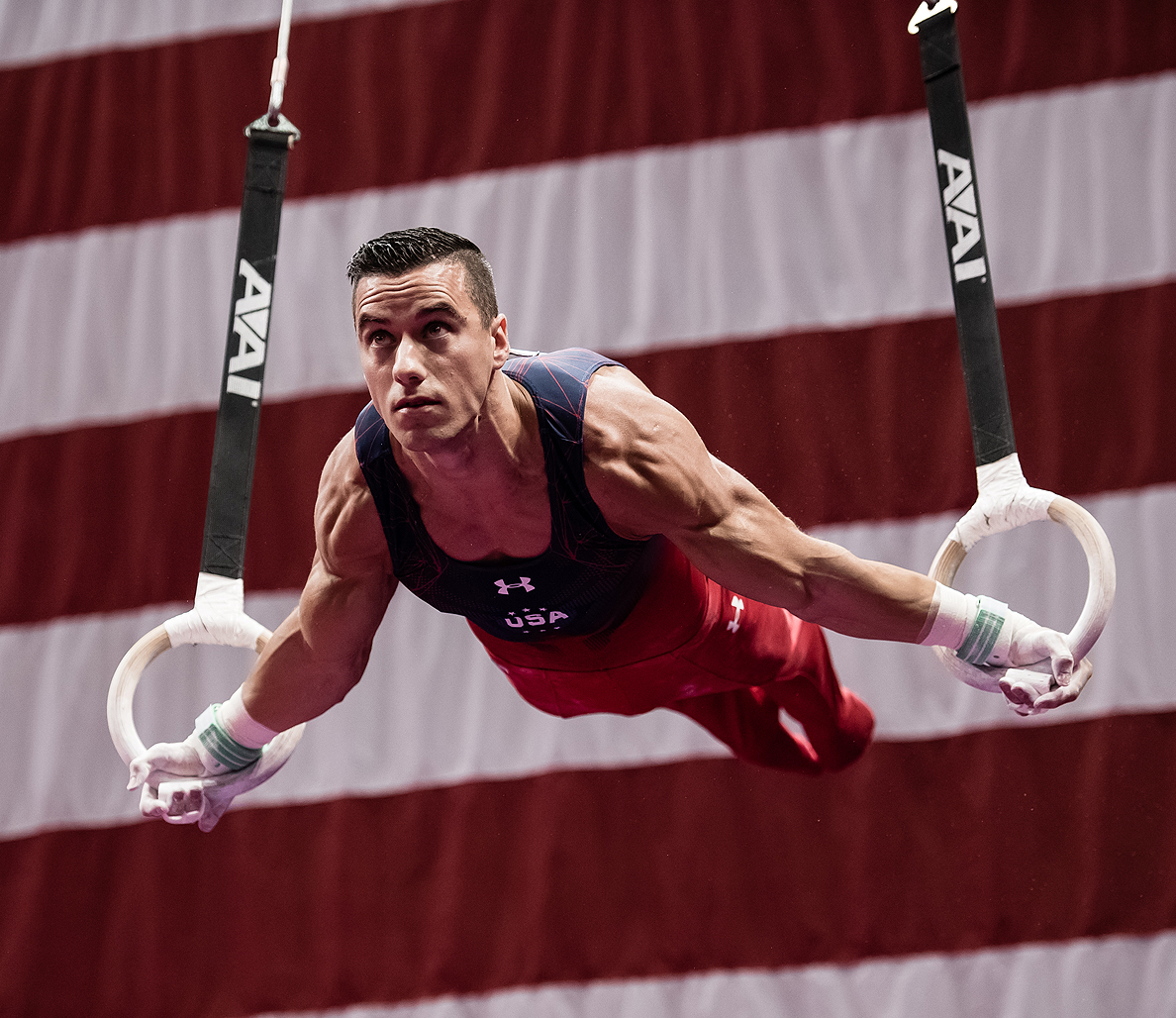 Still Rings require an immense amount of stillness and proper body position, especially when performing strength elements, which are a large part in every high-level routine. Today, high difficulty values for routines are achieved by connecting strength skills one after another. High starting value routines on the still rings are almost impossible to obtain without the use of strength skills. Gymnasts who lack in upper-body strength are bound to score lower in this event. 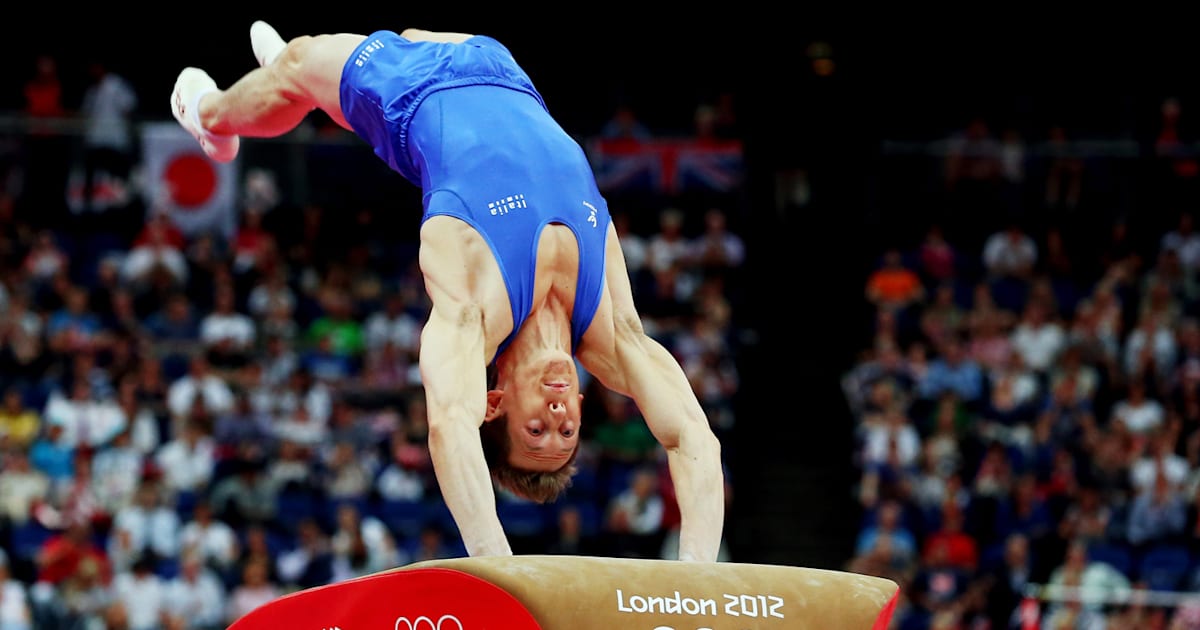 Vault routines are often difficult to perform because the entire routine happens in nearly an instant, in which the gymnast needs to stay incredibly focused and prepare to land. Speed, awareness in the air, and power are all needed to execute a decent performance. Good vault routines are explosive, quick, and described typically as 'big.' A stuck landing (no steps after landing) always leaves a good impression on the judges. 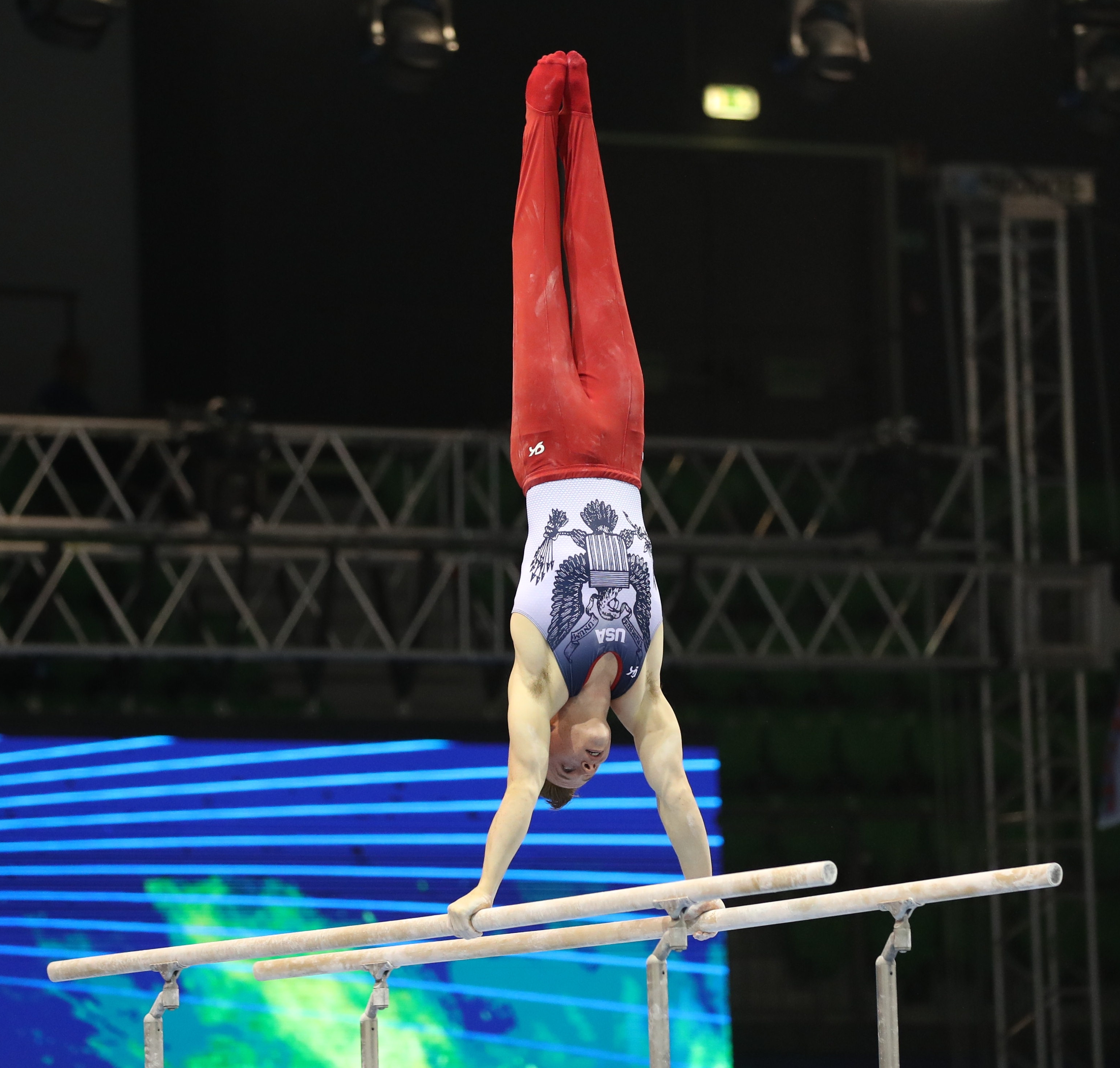 Parallel Bars consist of routines made up of mostly swinging and flight elements, allowing for very little displays of pure strength. The toughest skills on this event are ones in which the gymnast loses sight and grip of the bars. These skills, such as double flips, in conjunction with other high-value skills, increase the difficulty and value of the overall routine greatly. Hand-eye coordination and timing are key in this event. 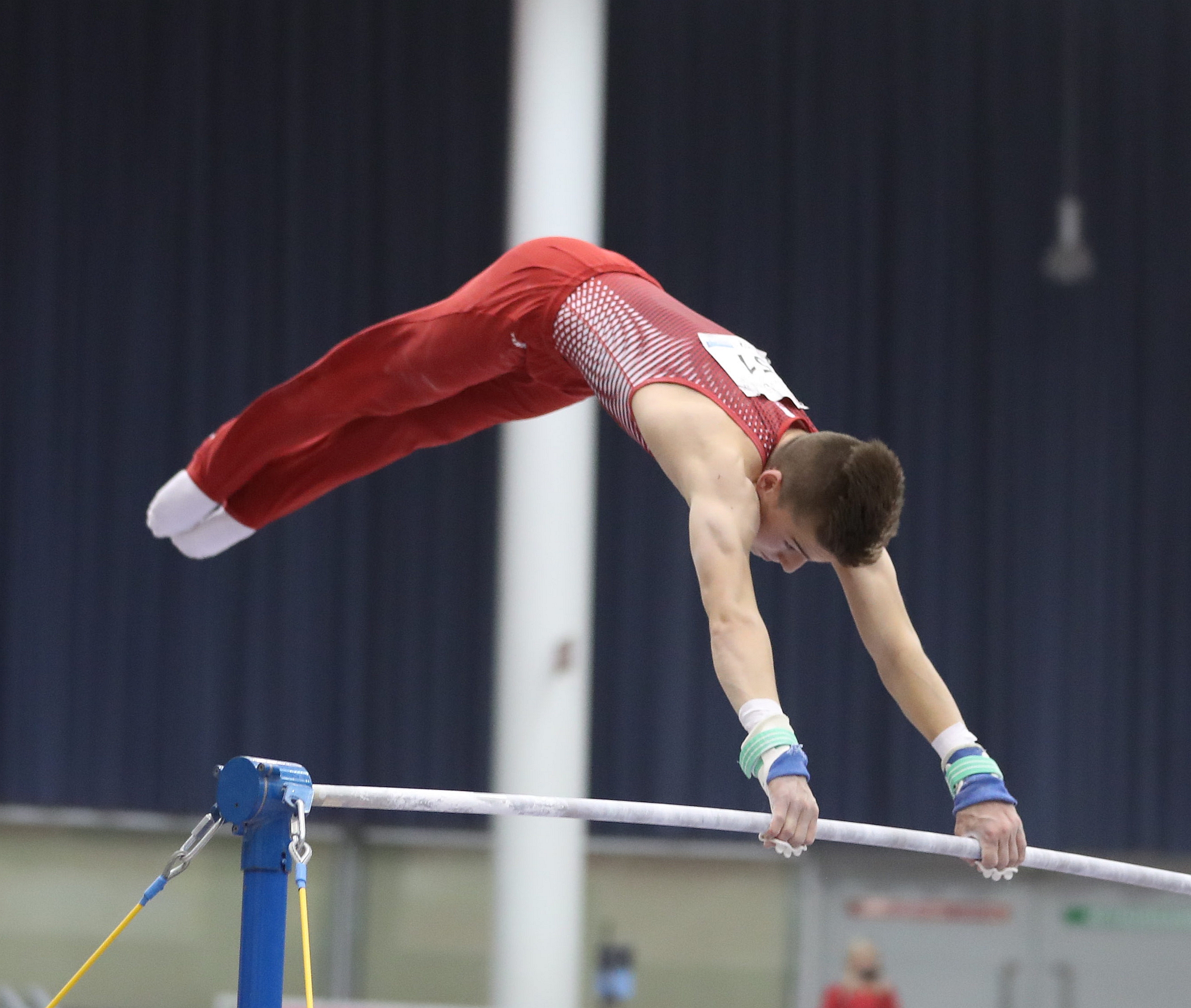 Horizontal Bar, or high bar, is typically the most appealing event to spectators. Big flips, swings, and dismounts are common in horizontal bar routines. In high-level competition, value in a routine is often gained through connecting these flipping release skills, resulting in high-risk/high-reward performances. Gymnasts on this event come within inches of missing the bar and falling off the apparatus. Dismounts and release moves on the high bar are usually about 12-15 feet in the air.

Each skill on each event has been assigned a difficulty and point value. In the table below, there is the difficulty, point value, and an example of a skill with those values. (All skills below are on floor)